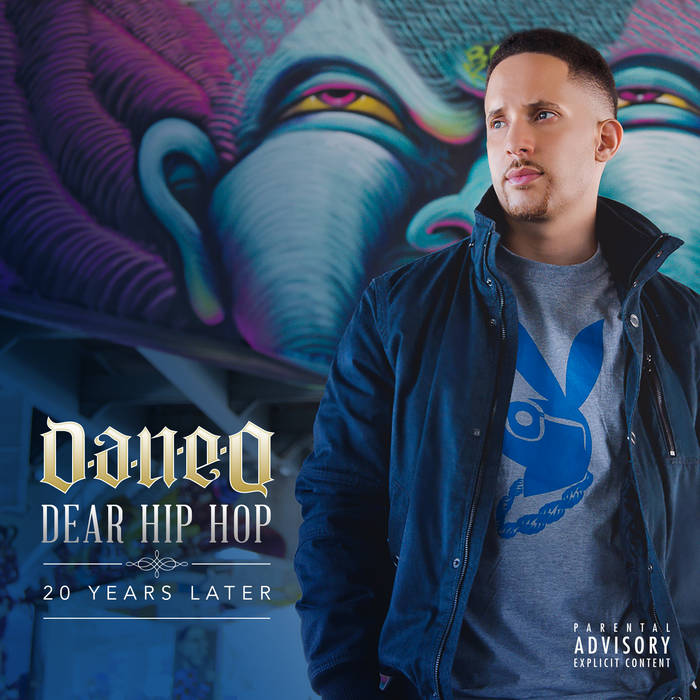 With his featured single, “Dear Hip Hop”, Dan-e-o immediately cemented himself as one of Canada’s premier MCs. A quasi-love letter to the music and culture he adores, the Scam-produced single has stood the test of time and has garnered itself “classic” status in the annals of Canadian hip-hop history.

With his fourth album, Dear Hip Hop: 20 Years Later, Dan-e-o both commemorates the two decade milestone of the release of his legendary debut and pays tribute to a long list of inspirations. “The artists I pay tribute to on this album by including them as guests helped pave the way for me to become the artist I am,” says Dan-e-o, “But they themselves have also enjoyed the last 20 years or so of invigorating hip-hop culture. So this new album is as much about celebrating Canadian hip-hop as a whole as it is about my first single. Really, I’m just a chapter in a much bigger story.”

Among the honoured guests on the album are URBNET label mate, Moka Only, “Northern Touch” legend, Thrust and the Godfather of Canadian hip-hop himself, Maestro Fresh Wes. They all appear on the posse cut and lead single, “League Of Legends”, which is produced by Scam – reuniting Dan-e-o with the producer of “Dear Hip Hop” 20 years after its release.

Dear Hip Hop: 20 Years Later is a unique combination of re-mastered gems recorded during the mid-90’s and brand new golden era-esque bangers, which include “Rap Essentials”, an ode to the compilation that started it all with alumni, Mathematik and Deuce Deuce of Concrete Mob and a symbolic tribute to J Dilla entitled “Spit” featuring the late legend’s brother, Illa J.

The album is set for release in October 2017 on URBNET Records.

ou bumpin’ “Worldwide Vapors” on @spotify yet? It dropped today via @urbnet!

The 2013 single, which is an ode to “Vapors” by the late, great @officialbizmarkie, features the Canadian hip-hop legends @big.kish and @maestrofreshwes!

Produced by @charisma.aka.skizzz for @urban_bounce, this joint will appear on the forthcoming revised version of the “Immortal” EP. Stay tuned!

Click on my story for the Spotify link to the track! Shouts to @divohiphop for the artwork!