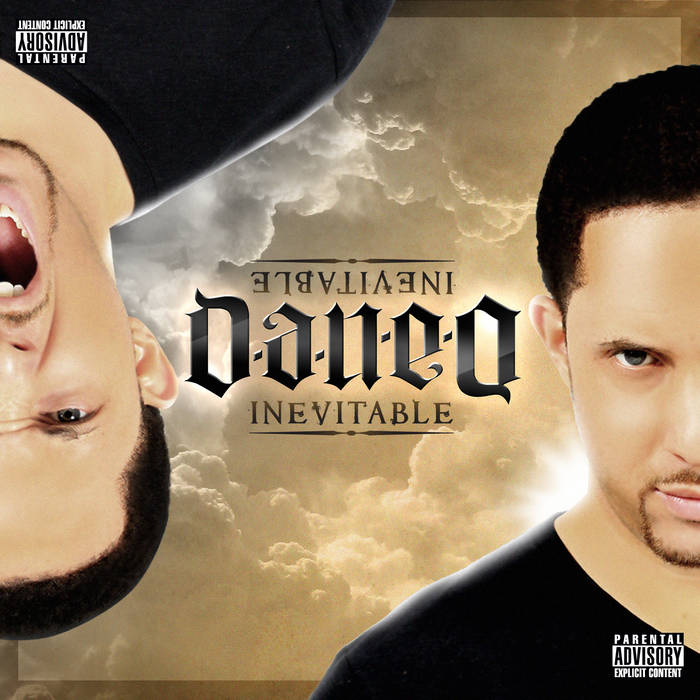 
BIOGRAPHY:
Veteran Toronto MC, Dan-e-o, began displaying his wordplay publicly at the age of 13 and became a consistent winner of rap battles. His career was officially launched in 1996 when his first single “Dear Hip Hop” was featured on Beat Factory/EMI's, 'RapEssentials Volume One' compilation. The track is now considered a Canadian hip-hop classic.

Dan-e-o established his crew, Monolith as a Canadian favourite in the world of hip-hop in 1997 by co-founding One Rock Records and independently releasing the EP, 'The Long Awaited...' the following year. With two hit videos, “At The T.O.P.” and “Plan Eh”, this project helped put Dan-e-o and the 10-member Monolith crew permanently on the hip-hop map.

In 2000, Dan-e-o released his eagerly anticipated debut album, 'The Book of Daniel' to rave reviews and nationwide intrigue. The LP represented one of the most incredible displays of breathless lyricism ever! In 2004, Dan-e-o's second album, 'See No Evil, Hear No Evil' smashed onto the scene cementing Dan-e-o's reputation as one of the world's most elite MCs. One of the record's biggest hits, “Kama Sutra” featured Dan-e-o's cousin and dancehall king, Red Rat. Its music video now has over 8 million views on YouTube!

Over the course of the next several years, Dan-e-o continued to master his craft as an MC while solidifying his role as a multi-talented entertainer and entrepreneur. Releasing numerous mixtapes, including 'Dilla Pickles' - a full length tribute CD to producer J Dilla, Dan-e-o also focused on an acting career. With a number of TV commercials under his belt, he landed a bit role in an episode of the A&E series, “Breakout Kings”, played a key role in his first full length movie, 'Anything Goes' in 2011 and is a star of 2014's 'Tapped Out'.

Currently, Dan-e-o is also one half of the duo Perfeck Strangers with fellow rap veteran, Promise. Their debut album, 'Series Premiere' is an outstanding ode to back and forth emceeing as well as an amazing display of soulful songwriting and musicianship. The album was released through URBNET Records in March 2012 and reached #1 on Canada's !earshot Charts by May of the same year.

Dan-e-o's highly anticipated and long overdue solo projects, 'Immortal' and 'Inevitable' were released on 9/10 and 11/12/13 respectively. Entirely produced by follow Monolith cohort, Charisma a.k.a. Skizzz, both the EP and the follow-up album highlight Dan-e-o's growth as a songwriter and potent lyricist. Not to mention, Dan-e-o has added his soulful singing voice to his arsenal, expanding his repertoire as a well-rounded, multi-talented performer.

With an incredible range of heartfelt love songs that expose his vulnerable side to the party anthems and street bangers that further showcase his impeccable vocabulary and rhyming skills, 'Immortal' and 'Inevitable' truly capture Dan-e-o in his prime - not to mention features from Maestro Fresh Wes, Moka Only, Rich Kidd, Dwayne Morgan and Chip Fu!

In March 2014, Dan-e-o released the first in a line of music videos from 'Inevitable' entitled “Get Up On It” featuring SepTo and the Juno-nominated rising star, Rich Kidd. The follow up “Girl (Boom Boom Pump)”, “Grab A Cloud”, “Lil Elijah Say” and “Drive” videos have created an incredible momentum for the 'Inevitable' album with no end in sight! Stay tuned...