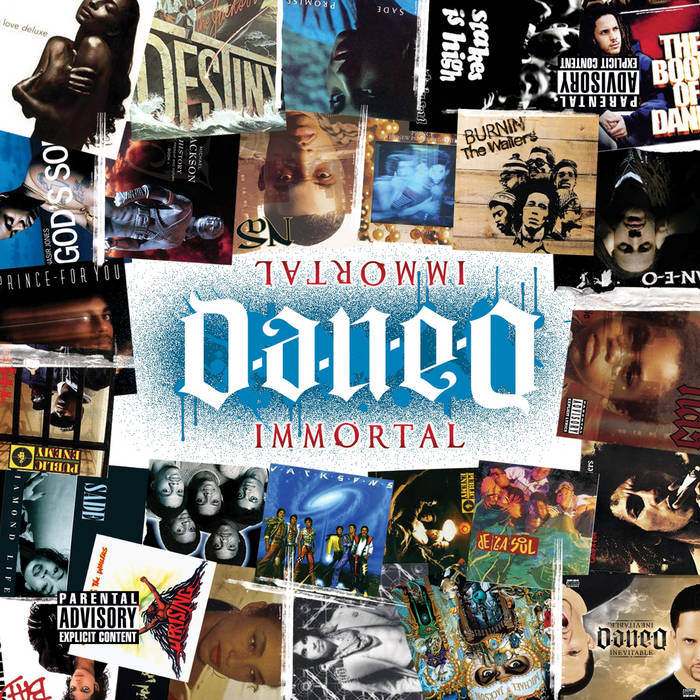 
BIOGRAPHY:
Chemicals, nitro glycerine and gas will blow up when you put them together. The same is said about Hip Hop's newest dynamic duo, Perfeck Strangers! Joining forces after years of blessing eardrums as impeccably brilliant soloists, veteran Toronto emcees Dan-e-o and Promise are now tackling the world of music as a tandem.

Dan-e-o first came into prominence with his debut single, "Dear Hip Hop". Released through EMI on Beat Factory's RapEssentials Volume One in 1996, the track is documented as a "Canadian Hip Hop classic"! Even without
major mainstream notoriety, Dan-e-o's subsequent solo albums, The Book of Daniel (2000) and See No Evil, Hear No Evil (2004) have cemented his reputation as one of the world's most elite emcees.

Known for his potent lyrical content, Promise focuses primarily on life, love and the consciousness of mankind and is certainly no stranger to the microphone. His debut solo album, More Than Music (2008), boasts guest appearances by Montell Jordan, Elzhi of Slum Village, Royce Da 5'9" and more. Promise's sophomore effort, Awakening (2011), further highlights hisincredible prowess as a rap artist and songwriter. The LP's debut video "Against The Odds" dropped in December 2011.

It's easy to say that Perfeck Strangers are an unlikely pair, but when listening to their music you would think they have been rhyming together for years. Both accomplished rappers in their own rights, their unionpresents a "perfeck" melding of talent in the vein of Hip Hop's most heralded duos, such as Black Star, De La Soul, A Tribe Called Quest, Little Brother and even Jay-Z & Kanye West. Dan-e-o and Promise have even been compared to legendary tag-teams like EPMD and Das EFX for the waythey effortlessly flip lines back and forth with each other.

In the summer of 2010, Dan-e-o and Promise's first single as Perfeck Strangers was leaked to the internet. Entitled "Work To Do", the Isley Brothers-inspired track takes a comical approach to discussing the duo's struggles in the rap game. The release also includes an appearance by Hip Hop heavyweight, Drake and the song's YouTube post garnered thousands of plays within days of it being leaked.

The im-Perfeck spelling of the word "perfect" in the group's name speaks to their admittance that the two are mortals, not without their shortcomings. Acknowledging a higher power as both their life source and primary inspiration, the duo has set out on a mission to provide the world with what they consider a much needed resurgence of substance-heavy music.

Perfeck Strangers' highly-anticipated debut music video, "Ghetto" dropped to critical acclaim in November 2011. It is the first from the group's debut album, Series Premiere, which was released worldwide in March 2012 with distribution via URBNET Records. The hit track can also be found on URBNET Records' Underground Hip-Hop Volume 7.

The album's follow-up single and video "Stay Me" dropped in May 2012! The bouncy banger is also a featured single on URBNET Records' URBNET Certified Vol. 2. Series Premiere has been charting on radio stations all over Canada since its release. And several more singles and videos fromthe album are on the way. So stay alert and keep your ears to the street for the perfect Hip Hop group - Perfeck Strangers!

ALL SONGS PRODUCED BY CHARISMA A.K.A. SKIZZZ FOR URBAN BOUNCE PRODUCTIONS
All songs recorded by T.J. Habibi at Secret Suburbia Studios, Toronto, ON
All songs mixed by Tariq “Knoxx” Adi at Proof Of Purchase Studios,
Burlington, ON
EP mastered by Ron Skinner at Heading North Mastering, Toronto, ON
Art direction, layout and graphic design by Divo for Artesano Design
Studios www.artesanodesign.ca
All songs SOCAN